A downloadable game for Windows

Experience a terrifying #asylumjam2017 winning submission, created in only 48 hours.

During World War 2, Japan had an urgent need for many schools. Rumour has it that the government built the schools on cheap land such as graveyards, which quickly became the talk of the town in many prefectures.

Witness one such school which is home to the Tenome, a Japanese yokai with eyes on its palms and feeds on the fresh bones of humans. See through the eyes of Tanaka; a bullied, asthmatic student who has been locked inside of the school at night.

Note: It's recommended that this game is played at a 1080p resolution. Any resolution under 720p may cause UI issues.

Reply
CartoonHeadGeorge228 days ago
I don't know if I failed or won?
Reply
IGT100242 days ago

I only 99% finished the game, but ultimately had a good time!

Didn't expect to escape on my first try lol, I went back after just to get scared! This was a cool game I hope you guys make more. Nonetheless, this was awesome!

Reply
WoodyRun1 year ago
Awesome game! I find it hard to believe this was made in 48 hours! I'm not sure if it was a one off bug or a full blown exploit but I found a way to never die to the monster. Other than that I really don't have anything negative to say about this game. Great job! Thanks for making it
Reply
Celticpred Gaming1 year ago

Loved this game so much! The monsters sound terrified me! Check out my gameplay below to watch me scream XD

Well you came to the wrong place but if you like you can check out the video I made about ye boy Tenome by clicking the link above.

I'd appreciate it quite a lot :)

P.S The quality is questionable but YouTube is just a (bad word here) when it comes to compression BUT i'll figure it out soon.

this game was so good keep it up

Hey! Part of your game is also available on my channel's fun video!

Played this as part of a random horror games video and really got the blood pumping!

I really loved the game, he always keeps you on your toes and he can be anywhere. Him not being limited to the last location really keeps the player on edge the entire time

Love the game, hated how he can be anywhere despite the last location you saw him at. I legit thought i was safe but no LUL. Played this as part of my "3 scary games" playlist so i hope you enjoy =)

Great game! I had a lot of fun and it gave me the chills more than once. I'll definitely play this one some more. Thanks for the creepy fun!

Wow,I haven't screamed this loud in a while... TERRIFYING game! Lots of fun though! Here's my playthrough:

Helo my friend, its my videos in Indonesia Language, come and watching my videos on youtube guys!!!

I included your game in my montage. Thanks again for amazing work!

Very cool game. At first glance, I thought it was going to be a let down like most I've played on here. Then I saw you had a play by Markiplier, which is what gave me a bit of confidence to try it out. (Note: Not ALL games he plays are good in my opinion...) Tried it, and I really enjoyed it. I especially liked how you guys added features mainly utilized in commercial games, such as, the breathing intensifies when the monster is close. Can't wait to play more of your games. Thank you for this and I wish you all the best :) Cheers!

Thanks for your kind words! I can understand how people can look at it and be put off haha that happens a lot!
Thanks so much for playing, I'm really happy you enjoyed it!

i thought of a good game u could make off of this, same premise with more story and terror, class stays after school (overnight) for a class project (or whatever) only they find themselves trapped and the creatures start picking them off, so they gotta band together and survive (kinda a resident evil or silent hill vibe for this with makeshift weapons and whatnot (no guns in the school, u gotta build ur weapons) and clicks disolve to focus on survival, ie jocks and nerds working together), but escaping isnt as simple as walking thru a door (alternate reality silent hill style), a resident evil/silent hill variant of ur story would be friggin epic

That sounds amazing! Personally I'd leave combat out of it entirely to increase the helplessness and fear of getting caught, as it's always scary being hunted by things you cannot harm or kill. You could have it so the students need to work together through the use of stealth and distractions (the jock distracts the creature while the nerds sneak on by)!

Amazing idea, bro. You have a superb imagination :)

i just thought that using things u found in the school to make weapons would be fun and interesting not to mention funny as hell, like combining a saw blade from shop class with a hockey stick from the gym, u could create some funny ass weapons kinda like dead risings weapons, lol

fear is all well and good but add some comedy in there from time to time to reduce the stress of the game momentarily can add some additional aspects to the game, u could literally be on the edge of ur seat until u get to a safe area and then laugh at the ridiculous weapon u created to kill the monsters, itd just take the edge off....for a minute, lol

oh and to add to the fear while having combat u could go the alan wake direction, enemies can only be hurt while in light, so ud need to have another team mate shine a flash light or torch at the enemies so u could kill them, and u could toss in some enemies that dont die u can only drive them off temporarily by dealing a set amount of dmg to them, but theyll return to wandering around in random locations until u run into them again, kinda like the regenerator from dead space, thatd add some high levels of fear to the game, nobody likes bumping into the invincible enemy, lol

For a 48 hour jam game, this is solid.  I like how the monster seems to move around so much while you're exploring, and I never really felt safe.  I also liked the voices cluing you in to the location of the key.

(Tenome is the 2nd game)

Definitely not my cake, also these kind of games were popular and interesting about 10 or more years ago, when Slenderman games started the craze. Expected more from 2018 :/

Hi mate. Thanks for playing!

I’m sorry that Tenome failed to impress. Is there any feedback you’d like to suggest to make it better? Or something for me to keep in mind for the future?

Not really, overall it is not bad, but just really not my game. I mean the usual "something comes that wants to get you and you cannot do anything just run around and collect stuff" is just not for everyone. I studied programming so I know this was a HUGE amount of work, and I am not here to degrade that. My suggestion would be to try and come up with something new, maybe something unique gameplay-wise :)

Thanks for the feedback, mate! I understand that this concept isn't new and is really overused. I only had 48 hours to initially develop this game and thought this mechanic would be quick and easy to implement (which it was!) but I agree it's really difficult to make it unique due to its overuse haha

I appreciate your feedback, dude! :) Thanks again!

LOL! Nice bug find. I'll get that cleaned up if I ever find time to make a patch!

Uploaded a video on your game just now! Unfortunately, I didn't like it. I rarely saw Tenome, and couldn't find the key to get out of there so sadly wasn't able to beat the game. The monster design was cool but, other than that wasn't really a fan of it.

Thanks for playing tho! Appreciate the vid!

I would like to start of with how fun this game is and it has some hart pumping moments as well. For me it was when i found the key and for a game that was created in only 48 hours wow really liked this one. Here's my playthrough enjoy:

Its really hard to believe this was made in 48 hours. This is a great and scary game. I LOVED it!

What a cool, creepy game! It was so freaky! The main menu scared me! Was this really made in 48 hours?

Hey man, thanks for playing! The first build was created in 48 hours for a game jam, but I've updated it since with bug fixes and gameplay changes.

creepy game, made me jump a few times ^^

I can't use my mouse in the game- it won't let me look around, and when I use my left mouse button, it makes me look at the floor and spin in a circle. Can't figure out how to fix it, but would love to so I can play the game.

A great game. Really scary. We enjoyed it very much.

Here is our playthrough: 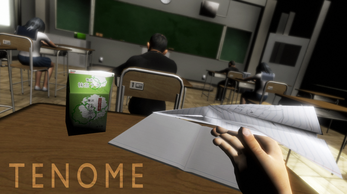 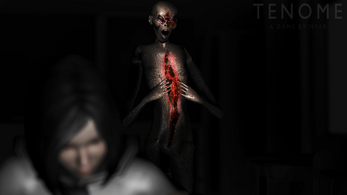 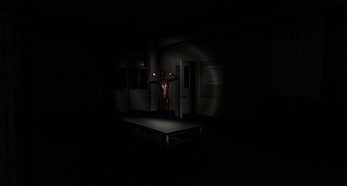 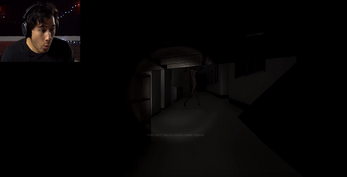